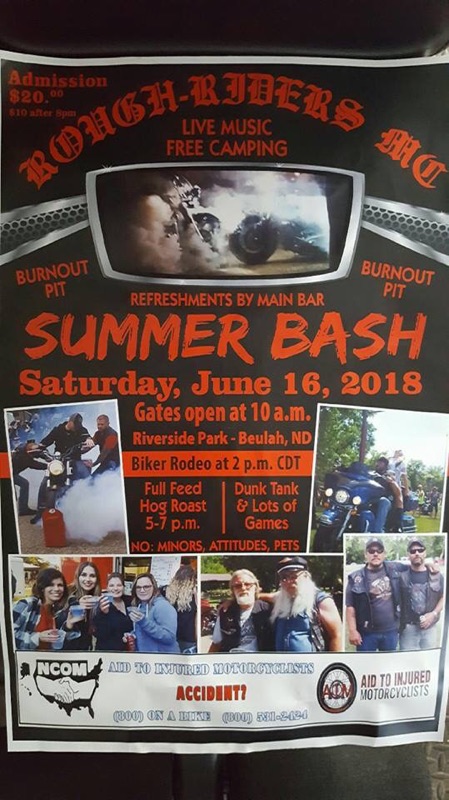 June 8, 2015 — The National Coalition Of Motorcyclists (NCOM) ties together all of the country’s Confederation Of Clubs and Independents (COC&I) across more than 35 states. These organizations have successfully fostered a spirit of collaboration among diverse motorcycle clubs, independents and other legis-lative organizations from across the country for over 30 years. NCOM’s board of directors along with a team of lawyers with Aid to Injured Motorcyclists (AIM) educate, help pass legislation, and provide legal guidance to help improve the quality of life for those who choose to enjoy the road on two wheels.

More than three weeks have passed and NCOM has reserved its reaction waiting for Waco Authorities to sort through the details about what happened that tragic afternoon. However, it is difficult to stand by and watch the continued abuse of American constitutional rights at every turn. More than 140 innocent citizens, who were not involved in the tragedy, have been locked up for an unreasonable amount of time. They have also suffered a basic lack of humanitarian services while being held with disregard for the financial impact on the livelihoods of individuals who happen to ride a motorcycle. These are all innocent victims.

Yes, a crime took place while the local COC&I organizers were preparing for the meeting. Yes, there were lives tragically lost. We want answers as to how and why this happened. We don’t have confidence in local authorities after they continued changing stories, disregarded the facts, and continue to violate the rights of citizens. NCOM, the Confederation of Clubs, and lawyers with AIM are hiring a former Texas Ranger to learn the truth as to who was responsible for the violence at our Texas Region 1 COC&I meeting and expose the many violations of basic human rights of those arrested and who continue to be held. We pursue claims against those who have, and continue to violate the rights of citizens merely because they ride a motorcycle.

We are also asking all COC&I regions in Texas and around the country to continue their meetings as scheduled. We are encouraging them to have a lawyer with AIM present to help work with local authorities and media to avoid any misunderstandings. This is an opportunity for COC&I’s throughout Texas and around the country to raise awareness about all the positive, productive things that are being done for all American Bikers - both patch holders and independents.

NCOM, the Confederation of Clubs, and lawyers with AIM are committed to making certain that the innocent lives lost, the devastating financial impact and the sacrifice of loved ones as a result of this tragic event in Waco will not be in vain. Our organizations will push forward continuing our collaborative work that will promote the truth that our rights as Americans are universal and should be upheld no matter if you ride a motorcycle or not.

James D. Reichenbach II - NCOM Chairman of the Board - ncomchairman@att.net

ATTENTION: The COC of North Dakota is not in the business of starting or validating "New MCs". If you are interested in starting a new MC you should contact your local MC and they can give you insight into the proper procedures. Please DO NOT contact COC of North Dakota board members. If you have serious intentions, please attend a COC meeting. Thank You

Life, Liberty and the pursuit of Happiness.
That to secure these rights, Governments are instituted among Men, deriving their just powers from the consent of the governed, — That whenever any Form of Government becomes destructive of these ends, it is the Right of the People to alter or to abolish it, and to institute new Government, laying its foundation on such principles and organizing its powers in such form, as to them shall seem most likely to effect their Safety and Happiness.
When a long train of abuses and force without legal authority, pursuing invariably the same Object demonstrate clearly a design to reduce them Under absolute Despotism, it is their right, it is their duty, to throw off such Government, and to provide new Guards for